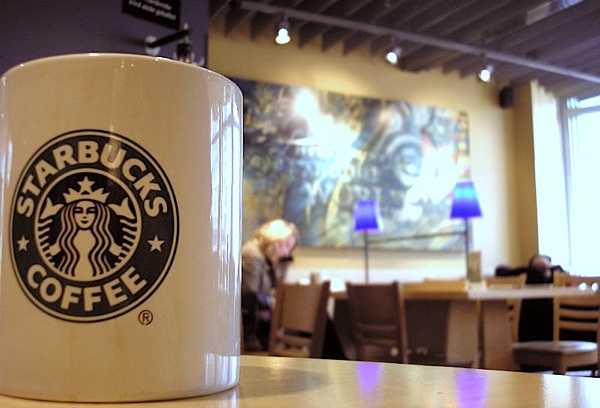 Starbucks was founded with a clear sense of Why – that purpose, cause or belief that goes beyond the products we make or the services we offer. At its founding, it was all about the ”third space”, that space between work and home. When Americans chose to hang-out outside of home or work, Starbucks wanted to be that place where they hang-out.

And for many years, they were.

But, like so many companies that make it big, Starbucks forgot the reason it was founded and started to think it was their product that made them successful. Put simply, Starbucks has lost its Why.

This is significant, because it is the Why that is the source of great innovation in a company. It is that founding purpose that gives a company a filter – clarity about the things they should do and the things they shouldn’t do. If the filter gets fuzzy, then the ability to see clearly goes away. And if the ability to see clearly goes away, then how will a company know if they are traveling in the right direction?

Without a clear sense of direction, there is increased focus on product tactics and product strategy and the blinding effect takes hold. Unable to see beyond product will cause the results to falter. As the results falter, the focus on the product becomes more intense. And so the vicious cycle begins.

Starbucks was founded around the experience and the environment of their stores. Starbucks was about a space with comfortable chairs, lots of power outlets, tables and desks at which we could work and the option to spend as much time in their stores as we wanted without any pressure to buy. The coffee was incidental.

With that clear filter, it’s easy to see the things Starbucks should and shouldn’t do. It’s easy to see opportunities to enhance the experience that have nothing to do with coffee. With a clear sense of Why, it makes perfect sense that Starbucks should offer free WiFi to their “guests”. But the haze over Starbuck’s filter has created product blindness and, these days, Starbucks misses the obvious; they didn’t offer their guests free WiFi.

In January of 2010 McDonald’s, just one of the many companies that has capitalized on Starbucks fuzzy Why, started offering free WiFi in all their stores. Feeling the pressure, Starbucks was forced to follow suit six months later.

That a burger joint credited with pioneering the fast-food industry – an industry focused on getting customers in and out as quickly as possible – forced Starbucks to adjust their store experience is a big deal. Just as Apple doesn’t compete with any other computer companies or Harley-Davidson isn’t just another motorcycle, Starbucks shouldn’t be lumped in with everyone that sells coffee. But these days they are, and they have themselves to blame for it.

Starbucks has forgotten about the third space. It has become obsessed with coffee and brushed aside why they were selling coffee in the first place. Blinded by their own product and distracted from their founding purpose, it was Starbucks who invited lots of other players to the table and reduced their own value in the lives of Americans.

We can get coffee anywhere, but not everywhere makes a good third space. If Starbucks wants to make it about the product and not the experience, then they open themselves up to even more competition and even more attacks.

At the end of the day, coffee isn’t worth $4 – but an experience and a comfortable environment is.

Product blindness and missing the obvious is just one symptom of a fuzzy Why. Another is when a company gets distracted by the actions of the competition. Though I haven’t talked to anyone from Starbucks about this, I’ll bet good money that they have become increasingly interested in what McDonald’s or Dunkin’ Donuts is doing these days.

Obsessing about what everyone else is doing over what you are doing is like driving down the highway watching the drivers to the left and right of you. Sure you’ll be able to see how fast they are driving and in what direction, the problem is you won’t see where you’re going.

Companies with a clear sense of Why set the tone and direction in their respective industries. They lead and others look to follow them.

Suffering severe product blindness, however, these days Starbucks is looking for others to follow.