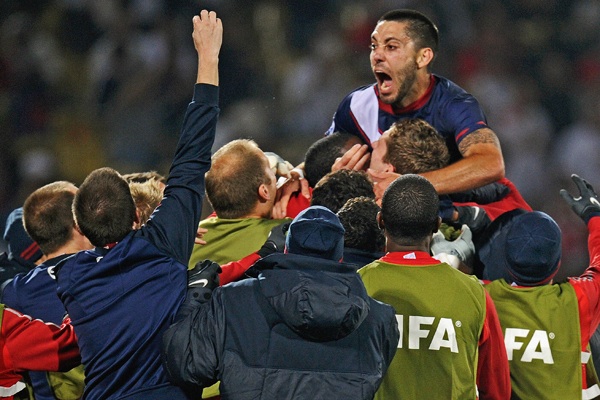 The fans watching the game in a local sports bar in New York went wild. They cheered and celebrated. They couldn’t believe their team had done it. This was possibly one of the great upsets in sports.

An ocean away, fans watching in a pub in London were devastated. How could this have happened? Their team should have won.

And so it was. The final score recorded into history to mark this occasion. 1:1. That’s right, the final score was 1:1 – the US soccer team had tied the British team in the first round of 2010 World Cup. The Americans celebrated the win. The Brits mourned the loss.

But the last time I checked, 1:1 was a tie. There was no winner and there was no loser.

The final score, as it turns out, does not exist in a vacuum. A score may be an objective measurement of achievement, but its value is a relative measurement to our expectations.

The definition of ”winning”, then, includes a subjective element – when what we actually achieve surpasses the expectations others think we could achieve. The American team believed they could match the British, even if everyone else thought they couldn’t. Had the American team bought into the expectations others had for them, then their loss would have been inevitable because they would have played believing they had to lose.

Expectations are different from hopes or desires. Expectations are a calculation. They come from the evaluation of data – the British team was much better. They had won more games. Their players were objectively better, and so on. Even if American fans hoped their team would win, based on the data, they didn’t think they could win.

This is what makes the underdog so appealing. What the underdog believes they can do goes beyond what others think they can do. Though we root for the underdog, we still expect them to lose. It’s rational. This is why belief in oneself, confidence, is so important.

Success is when reality catches up to your imagination.

The innovator believes something can be done when others think it can’t. The entrepreneur believes a solution exists for a problem others think unsolvable (if they even recognize the problem in the first place).

And this is why optimists are the most important people of all. They believe every one of us can achieve more than we think we can. They push us and they inspire us. They are able to convert our rational assessment of our abilities (thinking) into drive and passion (belief).

The American coach inspired his team to believe they could do something others thought they couldn’t. All great leaders do. They fundamentally believe in people and what they can do.

As for the lesson: If you’re doing things that everyone around you thinks you can achieve, and all the evidence would support their thoughts, then you’re not pushing yourself hard enough.

That doesn’t mean working towards some ridiculous goal that even you don’t believe is possible. Rational achievement happens based on the score. The feeling of achievement, however, comes when you work to the limit of your own beliefs, and if that limit goes beyond what others think you can do you will feel like you won. Even if you only achieve partial success. Even if you only tie the game, those who didn’t think you could do it will start to believe in you, too.

And when people believe in you, they will rally for you, support you, send resources your way, introduce you to people and help pave the way for you to succeed.

And that’s when objective success is easier to achieve.

Though the facts may remain the same, they will support you for no other reason than they now believe in you and think you can do it, too.