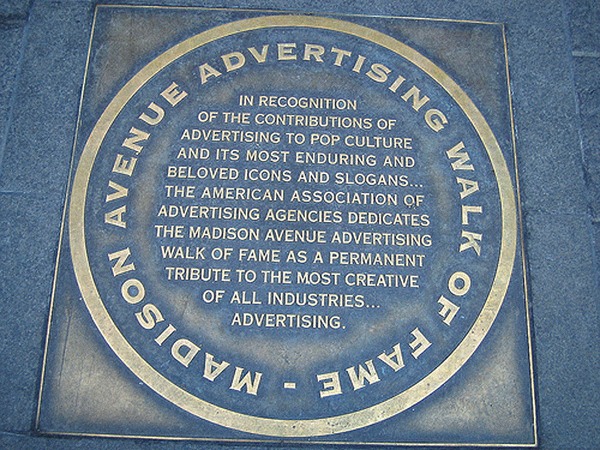 I’m no ad man, for sure. With a solid background in PR, I love it when people share information simply because they want to. For themselves. And not just because they are paid to.

PR is sometimes described as more powerful than advertising, but that’s a way too simplistic view. Advertising is important, too. Oftentimes even more important than PR, and vice versa. It’s the mix, really.

Parallel with the rise of social media, which is profoundly composed of two-way dialogue and relationships, traditional advertising sure took a hit. It’s not like the fifties anymore.

The days of the magic bullet theory are long gone.

The ad industry took to all the talk about conversation and viral bliss. Shortly thereafter, they started to break into PR and web content creation, just to be a part of it.

In short, the ad industry took a wrong turn somewhere along the way.

The ad industry shouldn’t look to the PR or web agencies for answers. They are simply better at interactivity – or at least they should be.

And it makes no sense having planners, copywriters, and art directors working with digital PR or web site creation. You’d be better off firing them and hiring PR-people, web strategists, and programmers instead.

Instead, the ad industry should be looking at Google.

The ad industry has a proud history when it comes to researching target audiences. Why not focusing on planning and on making sure the client’s message reaches not the masses, but the right potential consumers at the right moment?

What if the ad industry could be masters in reaching those who actually wants to hear what the client has to say – right then and there?

Sadly, this is where the ad industry fails today. I get bombarded with ads, but the ads don’t really care about me. I don’t even get the opportunity to choose what type of ads I would want to be exposed to.

Some argue advertising needs to become better. That’s besides the point, according to me. Ads need to hit the consumer exactly at the right time – when the consumer actually wants the information.

If the ad reaches me at the exact moment when I actually need the information, then the ad don’t even have to be particularly creative. Informative would suffice, really.

I believe in a strong future for advertising. It is only a matter of shifting focus. I just hope this message reaches you at a point in time and space when you’re actually ready for it.

6 reaktioner på ”Confessions Of A PR-Man: The Future Of Advertising Is Golden”